Some good news about Benjamine and his family 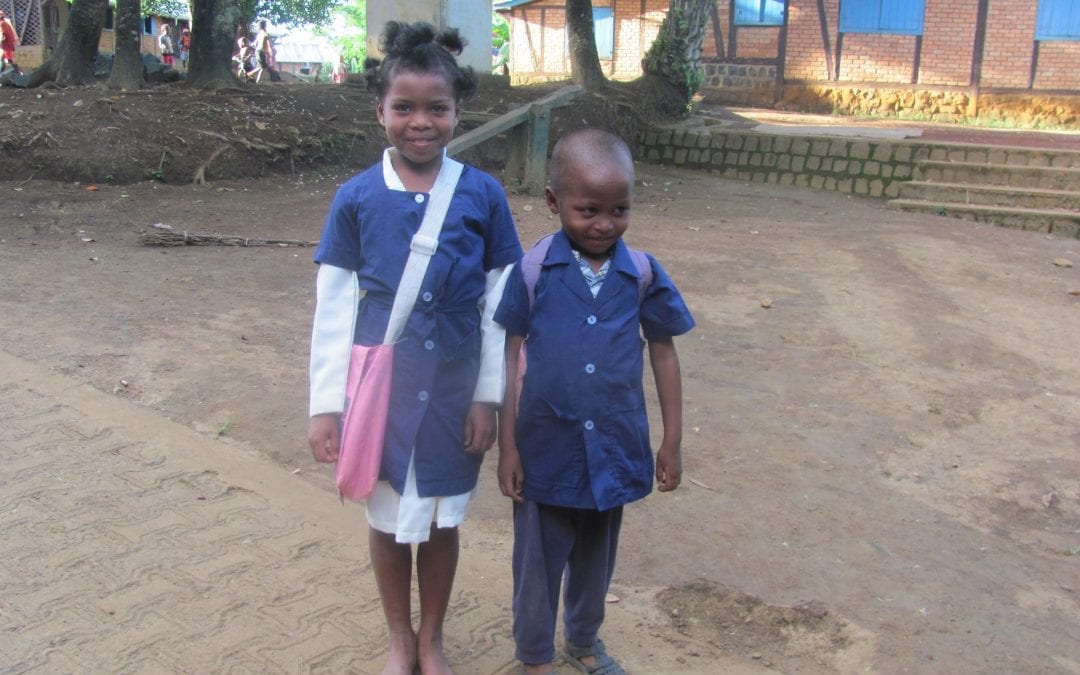 Two years ago we were having a party in Fianarantsoa for the 65 homeless kids we have in school. In the corner sat a small dishevelled little girl called Christine, who was extremely bright but hardly ever at school as her Dad Benjamine was sick with TB. He showed up late and I went to sit with him and gave him some lunch. I went back to playing with the smaller children and when we met later Stu told me Benjamine gave all the food to his daughter Christine. After we left, Benjamine fell very ill again and only worked sporadically all last year hauling cement. Christine hardly got to school as she had to mind her 2-year-old brother Orlando while Benjamine was sick.

We met them all again last September at the end of 2019 on our annual trip and suggested to Benjamine, who by now was on death’s door, that we would check and see if he could go the 120 miles down south to Tanjomoha and to our TB clinic and get better.  TASC would keep the kids in school with Sister Odette in Fianarantsoa and pay all his expenses and whatever else he would need as soon as he got back

So a week later we met again on our way home and explained we had it organized. He thanked us but said he could not go as he could not leave his children. He also worried about the tiny shack he rented (see left) and the few pots and pans he had. After a lot of negotiation on our last morning there, and after we got back home, we eventually managed to get all 3 of the family transported by taxi bus down to Tanjomoha and got Benjamine a full 6 months treatment in the TB clinic which TASC funded over 10 years ago.

The two kids went to school at Tanjomoha, thrived and grew strong. Yesterday Samantha, an amazing lady from the UK who lives with her Malagasy husband and kids in Fianarantsoa and runs Feedback Madagascar, builds all our wells  and manages all the homeless school kids and so much more, wrote to thank us for our latest donation of £4000 and she mentioned that Benjamine and the kids are back home.  He is totally cured of TB and much stronger, and she has found him a new clean home to rent (see below) and kitted it out using the funds which TASC had left for him. Sam is setting him up with funds to start a small business and Christine will be going back to school.

A simple thanks to all our supporters. Stay safe.